G-Sync is a technology developed by NVidia, which ensures that games are displayed almost jerk- and latency-free on the monitor.

Most monitors work with a constant refresh rate of 60Hz. The image is transferred 60 times per second from the graphics memory to the display.

However, current computer systems and graphics cards can be charged at a much higher number of FPS games. Therefore, it may happen that during a refresh cycle of the monitor, several images are calculated and output from the graphics card. From this the tearing resigns: 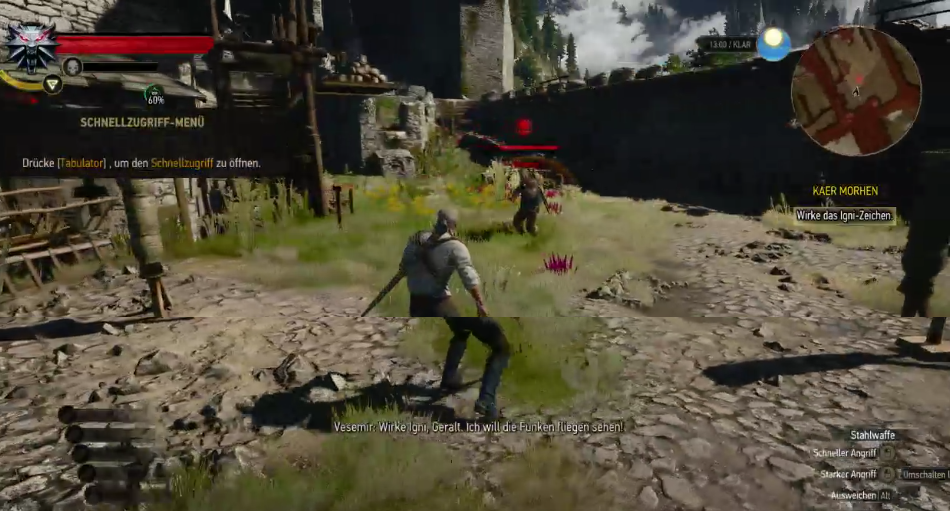 To solve the problem, you can activate the so-called vertical synchronization (V-Sync). In doing so, the graphics card wait with the image set-up until the screen refresh cycle of the monitor is completed. For a monitor at 60Hz, the graphics card will render 60FPS, although purely theoretical a higher value would be possible.

G-Sync, on the other hand, synchronizes the image output of the monitor with the output of the graphics card. This eliminates the problems mentioned above and the image is output without errors, jitter or latency.

To use G-Sync, the monitor must be connected to the graphics card via the DisplayPort.

System Requirements for Notebooks
To be able to use G-Sync with a notebook, the following requirements must be fulfilled:

For notebooks, it is also important to ensure that the built-in display supports G-Sync. Although this function is supported by the graphics card for current devices. However, this does not automatically mean that you can use G-Sync with the built-in display. Usually an external monitor is needed, which is certified for G-Sync. Again, then make sure that the connection must be made via the DisplayPort.

AMD has developed and distributed a similar technology named FreeSync.